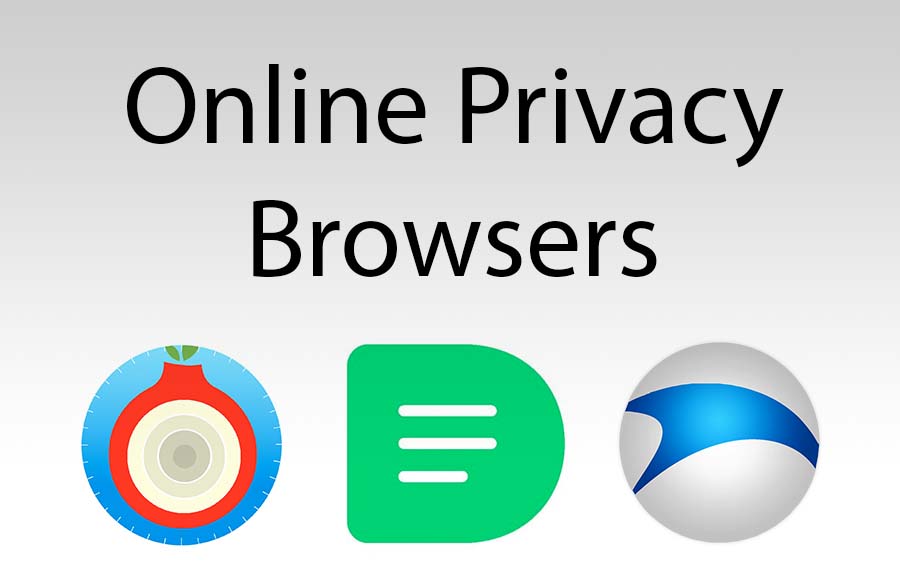 Private Browsers for Security and Anonymity

Private browsers have become popular over recent years for a variety of reasons. Reasons for usage include:

Regardless, private browsers are must haves.

Why Use Private Browsers

Corporate repugnance have spawned private browsers. Companies, data brokers, and black forces; all trying to capitalize on us. The powers that dominate our lives make up our corporatocracy. Our kakistocracy shows its nasty face online more than anywhere else.

Conventional browsers remind me of a movie. ‘The Cars that Ate Paris” is a 1974 horror flick. The residents cause vicious accidents, sabotaging tourists. Personal belongings and wrecked cars are sold and used for scrap metal. Survivors are used for experimental lobotomies.

In a twisted analogy, this is big business. They do everything imaginable to make us fall victim to their wicked tricks. Tracking, big data, and surveillance. Censorship and agenda fused propaganda; we have no meaning. Only value. Avoiding evil digital towns can be done via private browsers.

Tor was built and funded by the US Government. It’s known for anonymous communication. It’s also a gateway to the Dark Web. Tor is an acronym for The Onion Router, resembling numerous layers of encryption. Its unique ability to “scramble” IP addresses enables users to conceal their location, identity and other identifiable characteristics. To no surprise however, many sites don’t permit access via Tor. They want to know who you are, and where you’ve been.

Tor works by passing encrypted traffic from one user to the next. The requested page, also known as the exit node, delivers the IP address. The traffic each request goes through consists of an international network. One that consists of several thousand points. This process enables anonymous communication. In turn, concealing location from anyone conducting surveillance. While using Tor, this is how page requests are handled. Regardless of what you’re looking for — IM, forms, apps, sites, etc.

Day to Day Use

The main caveat is speed. Tor can be slow. There are however additional techniques to use in tandem with Tor that overcome this obstacle. But, faster speed inhibits Tor’s encryption. So the software is ultimately intended for explicit use cases. Not daily needs. There’s better private browsers for daily usage.

Tor is used for a variety of purposes including, but not limited to:

Epic is notable among private browsers. Though based on Google Chrome source code, it’s heavily modified. Tracking features and attempts have both been removed. It’s Chrome, without the spyware and data collection. Intrusive companies seeking to profit from our data are left empty handed. Epic gives them the finger, enabling users to use the tool for what its meant for—searching.

Epic comes equipped with a default proxy. Proxies can be a server or application. It acts like a middle man between us and the internet. Proxies are sometimes referred to as IP Masking. Additionally, it attempts to prepend https on every site. So http sites are made more secure. Moreover, cryptocurrency miners are blocked.

Epic is unique to other private browsers. Apparently, it’s so good, a variety of assets don’t load. Goes to show how often websites require fingerprinting. If this becomes problematic, simply turn the proxy off. Use the VPN extension, or your personal VPN.

They have 10 useful extensions. A VPN extension gives users the choice to reside in up to eight different countries. I recommend the Ad Blocker extension.

When Epic’s Encrypted Proxy is on, the data between your browser and our servers is encrypted which protects it against snooping by your Internet Service Provider (ISPs) and government. Websites also don’t see your real IP address or location (unless they use plugins which is increasingly rare).

By default, session data, cookies, and history are deleted on exit. No need to clear cache. Just close Epic. Auto suggest is disabled to halt search history being sent to nefarious servers. Such as Google. While browsing, the absolute bare minimum of data is stored. A variety of tracking features are disabled by default. Fingerprint is blocked by default—a must among private browsers. Fingerprinting is when a third party takes note of your computers serial number. Most of Chrome’s extensions are not supported, simply because they’re unsafe.

This brings me to Dissenter. A browser created by the Gab network. Gab.com has been described as a safe haven for the alt-right. A definition coined by the collective, folding corporations and cancel culture.

Dissenter is a free speech platform among private browsers. Dissenter gives users the power to comment on any web page. Comments are miraculously unassociated with the page at hand. Comments can even be made on pages without the ability to comment.

It blocks adverts and tracking. Resulting in improved speed and performance. The UI is customizable, making the experience more personal. Dissenter does not permit big business to dictate admissible conversation.

I enjoy using Dissenter because there’s a green shield in the search bar. Usually it says 99+. Indicating how many trackers have been blocked. It’s fast, and ideal for daily use. If something doesn’t load, I simply turn the green shield off.

“Dissenter is designed to extend American civil liberties protections for political speech to every corner of the planet. It allows people to express themselves on any subject, at any time, on any url. In a manner which is or would be permissible under U.S. law. Ideally we can accomplish this goal and empower hundreds of millions if not billions of people around the world to say what they want to.

Moralizing censors; whether they are in governments, media conglomerates, or in the upper echelons of Silicon Valley tech companies, have no business telling anyone what they can or cannot say. A free-to-use publishing platform that allows people to dissent from orthodoxy and express what they are really thinking, without fear of reprisal, is essential to the functioning of any free society.”

Burner Browser is revolutionary among the aforementioned private browsers. It’s an entire platform built with privacy and anonymity as it’s core feature. Via a virtual PC, the platform creates personalized, disposable, cloud based, desktops.

The desktop comes with pre installed applications. Popular browsers, an office suite of tools, and file sharing options are all included. Of which are powered by a secure operating system. Additionally, encrypted connections and Private or Nord VPN servers are offered. Browsing and all activity is entirely anonymous. Not even an ISP will be able to access the data. Burner Browser is an absolutely radical idea for our extremist technocracy.

Set the platform to burn all data every hour, or at your discretion. Plant your server in any country. Logs of history and activity do not exist. The connection is strictly between your desktop and the browser. There are no gateways or proxies. Unlike other private browsers, Burner Browser is a paid option. Considering our nefarious digital world, I think people are more accepting of paid solutions.

Burner browser is available for devices. It’s said to be more secure than Tor.

Waterfox is another alternative to mainstream spy browsers. The project began in 2011 by a 16 year old student. Unlike other private browsers that use Google Chrome source code, Waterfox uses Mozilla Firefoxs’. The Waterfox Project initial goal was user speed. But the feature I’m most interested in, is privacy. Absolutely zero data is sent back to Mozilla.

Telemetry is tracking and usage data/logs. These are very common in popular adversarial browsers. Waterfox has no such thing. Other features include the ability to customize the UI. Do so by means of writing custom CSS, JavaScript, Java, or browser extensions.

Popular culture wants us to stay where we can be tracked. Spied on; targeted for useless consumerism; for data. Power. And control.

The internet was once an exciting place. Silicon Valley has ruined it. They’ve ruined socializing, public discourse, and relationships. They’ve made city life somewhat depressing.

These tools are like a time machine. A place we long to return to. Private browsers are must haves in 2020, and beyond.