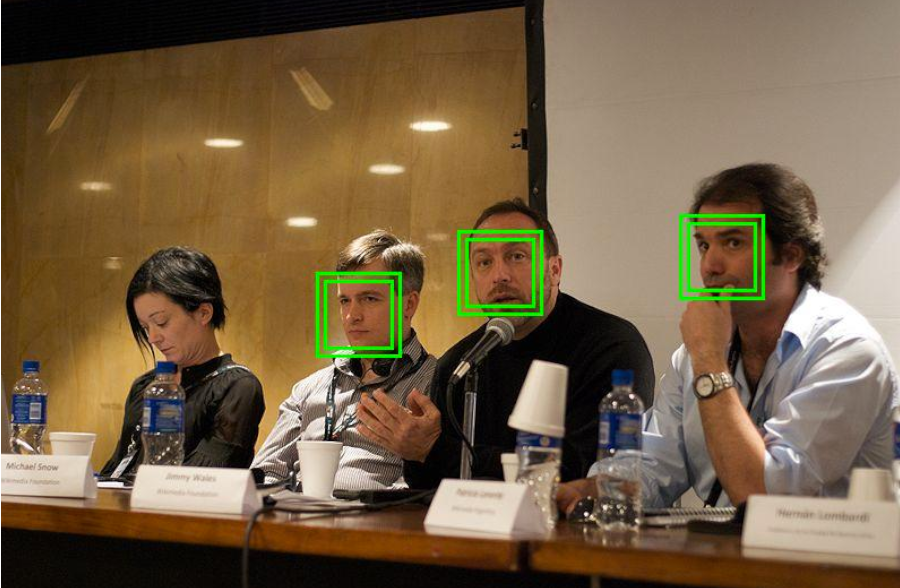 I gather there’s three groups in regards to facial recognition. People who use it to log into their devices. These people lean towards the idea that everything tech is delightful. They’re excited to use facial recognition at airports. They’re also in all likelihood dedicated big tech consumers. People who wholeheartedly rely on technology. Without it, they’d have difficulty in a variety of situations.

I’d imagine group three is the antithesis. Facial recognition is alarming. An invasion of privacy at the highest level. Immoral. These people probably question why there’s surveillance cameras in the ice cream aisle. They use faraday bags. They use alternative browsers. Bitcoin and the dark web. And they’ve become increasingly leery about our frightening digital world. They’re not on social networks. They’re technical. Individualists who steer clear of popular culture.

Group two is somewhere in between. Where do you stand?

In my opinion, facial recognition was never intended to simplify device access. Or expedite shopping. It was never meant to tag friends and family on Facebook. Or put a smile on our faces to make travel easier. It’s a form of biometric identification. One that can pinpoint us in seconds amidst many thousands of people. Beyond FaceID, It’s being used in ways only seen in peculiar science fiction movies.

Circa 2013, Flickr, a subsidiary company of Yahoo created MegaFace. MegaFace is a data source consisting of nearly 100M photos and 800K videos. It was made available to fuel machine learning algorithms. In other words, MegaFace was released to improve facial recognition.

Long before privacy was under threat, people gleefully shared family photos online. Little did they know, they’d be supporting one the world’s most powerful surveillance technologies. Despite user privacy settings.

MegaFace was made available, and tech companies snatched it up. Like fresh red meat in shark infested waters. Geographically lucky participants have filed hundreds of lawsuits.

Long before MegaFace, researchers paid volunteers to snap photos of them. Then the internet was flooded with celebrities. In order to power facial recognition, more public imagery was needed. That’s when tech companies began scraping the internet. Taking whatever they could find. Dating and social media sites. Wedding and photography folios, etc. Millions of photos were snatched without consent. Including photos of young children. Photos which are being used to surveil us.

The facial recognition industry is expected to swell to the multi billions in the coming years. Shocking considering there’s currently no standards or precision in place. Meaning, facial recognition admin could target us with 80% accuracy or 99%. There’s no real discussion on preventing abuse. It’s the difference between us being a threat and an innocent bystander.

Shoplifters could be banned from one store. If that data is shared, that same person could be banned in stores they’ve never been to. All across the country. And if they were falsely identified…too bad. It can’t be rectified. Banning people could do far more harm to society. In turn, it could potentially create a massive underground world of outcasts. People who’ve been falsely accused, banished from using goods and services. A “Demolition Man” style underground of so called criminals. Fact is, we may own our pet, house, and car. But we don’t own our face. The corporatocracy does.

The use of facial recognition is growing too. It’s being used at concerts. Schools to mark attendance—as if that’s not creepy. Airports and supermarkets have adopted it. Some versions of the software even have the power to auto enroll us in programs. Facial recognition has the power to place us on watchlists. Literally logging our every move. Moves that can be shared among networks.

Most disturbing is that creators are smug in the face of regulations. Claiming the benefits of “security” outweigh privacy concerns.

Law enforcement has undergone an array of trust issues in recent years. In 2020, their trust and respect may’ve reached record lows. One side wants them abolished entirely. Others now see them as pawns, in a state run system. Protecting and serving those with special interests. And yet, they’ve been given an omnipotent tool. Facial recognition commands respect by the power of unadulterated surveillance.

Be it protesters, terrorists, or ever so common spying on the public at large, facial recognition will do the job. Will it really though? In todays age of flash mobs, community organizers, and patriotic clashes, whose the criminal? Western culture has become complex. Expression has become squelched. What role will facial recognition play in these murky times?

Law enforcement has no limits with the technology. According to Amazon’s system, Rekognition, some cops don’t even use it properly. Ignoring the recommended “confidence threshold” of 99%, could be fatal. Imagine armed Sheriffs on the hunt for a digitally misidentified suspect. As facial recognition spreads throughout the legal community, could we see more “Ruby Ridge” incidents? Wrongful deaths accounted for by…a large check.

I’d like to take a moment to chat about corporate scandals. After all, they’re the ones using/will be using facial recognition. Google and Facebook have endured countless lawsuits for breaking antitrust laws. They’ve thrown privacy under the bus. IBM was recently in the news for using photos to advance their A.I. algorithms. They seem to be guilty of a variety of shameful business practices.

Enron executives were charged with dozens of counts of securities fraud and insider trading. Lehman Brothers played a major role in the 2008 crash. Volkswagen was caught by the EPA for tinkering with emissions standards. Uber and their, “stop at nothing” policy has led them to commit disgraceful acts. Apple presumably forced consumers to purchase new devices, by slowing their current models. A variety of companies have failed to announce data breaches in fear of financial impact.

Then there’s law enforcement. In 2020, the world witnessed civil unrest in major cities across the nation. We also saw, cops…standing down. Standing in groups while small businesses were looted. Shopping centers were torn to pieces. My former home town of Santa Monica (CA) was decimated by riots. Video footage showed law enforcement standing idle. The aforementioned are examples of who may command facial recognition.

Use of facial recognition in the U.S. is rapidly growing. Amazon has pitched their Recognition software to Immigration. U.S. Customs Enforcement may adopt it too. And though the Dept of Homeland Security says they use it solely for people departing the county, I doubt it. I don’t trust a lick of what the government says. Do you?

As mentioned above, airports have already implemented the software. They say it’s to, “make travel more convenient”. Let’s not forget, these same people wanted to replace seats with saddles to pack more of us on flights. Facial recognition laws among airports are similar to some asinine marijuana laws. It’s legal to process and smoke it, but illegal to sell. It’s illegal for the airline industry to keep face scans taken by dedicated cameras. But they can store photos captured by other cameras. And of course, use of these photos is solely to target us with advertisements.

“Facial recognition technology is a threat to civil rights and civil liberties when it works, and when it doesn’t.”

As the internet and our digital world have grown, our liberties and privacy have diminished. Welcoming facial recognition is to become that cliched boiling frog. Oblivious to technologies posed as conveniences, that erode our way of life. We’re on the cusp of not being able to anonymously walk around. Stored face scans and other biometrics enable us to be identified from virtually anywhere on the planet.

Moreover, unlike healthcare, there’s currently zero mention of retention. In terms of our scans:

For those of us who’ve shared photos of family and friends, we’re already supporting this grotesque movement. We’re fueling it’s success, our demise. We’re supporting a thriving police state.

There’s so many twisted angles of this surreal world we’re encroaching upon, it’s both frightening and shocking. And to think US citizens are blatantly absent from the progression is maddening, yet well deserved. Arbitrary street interviews shown year after year demonstrate ignorance in regards to history and pressing current issues. High school drop out rates and test scores are lower than most. College educations are laughable. While digital addition soars, we all get dumber. But it’s ok. We have smart toilets. And we have the ability to adjust the AC remotely for the dog.

If facial recognition grows without dissent; if surveillance and biometrical identification seeps into every corner of our world; if no more but a few powerful companies, literally watch our every move; if we follow in the footsteps of China’s social scoring system; we deserve the dreadful future of facial recognition.

Published in Society and Technology