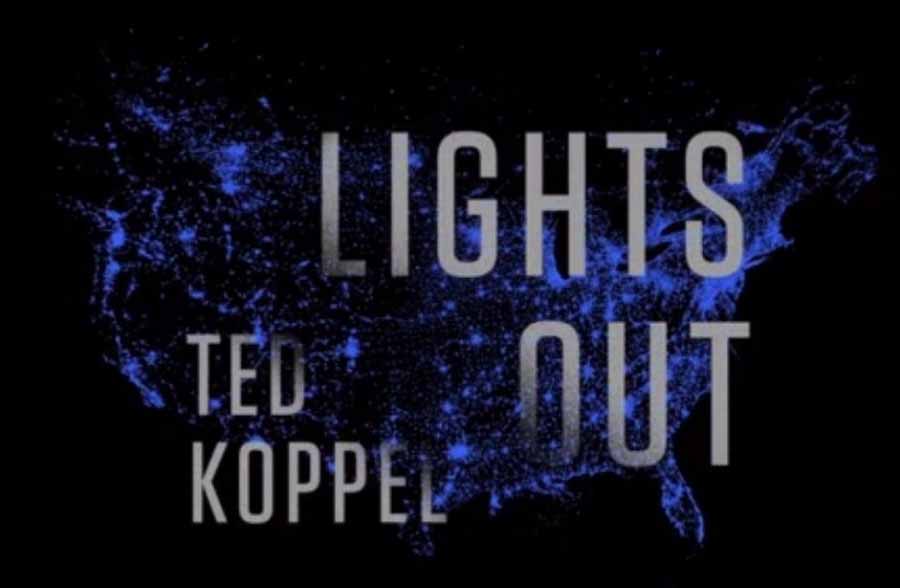 Cyber Security Books Everyone Should Read

Big tech portrays the web as a land of convenience and community. The media generates hunger for popular culture claiming the web is ice cream and lollipops. Cyber security books tell another story. The below cyber security books are modern day bibles. In short, heed their warnings.

Lights Out by Ted Koppel

Lights Out is about the US grid vulnerabilities. One of the creepiest cyber security books I’ve ever read. Koppel talks at great length about groups preparing for so called Doomsday scenarios. Disguised cyber attacks, looking like they’re coming from another country.

Firstly, a national power outage could knock out the entire country or specific regions. The grid powers electricity and the water supply. Without power, running water stops. Showers, toilets, refrigerators, traffic lights, internet and phone connectivity will stop. Secondly, the book provides numerous quotes and references from high ranking people throughout government and the power industry. It’s made quite clear, there’s no plan to handle a scenario that lasts more than a few days.

If one goes down, the situation would require an unusually large police or military presence. Basic amenities are not realistic for a span of 6-12 months, but up to 2 years. The time it would take to replace an LPT, overseas. They’re 400-600k pounds, making them extraordinarily difficult to transport. Bridges would need to be examined due to the tremendous weight of an LPT. They’d require a vehicle 70 feet long with 12 axels and 190 wheels. A monstrosity that occupies two lanes and requires state permits.

The power industry is made up of colossal companies and small businesses. Fat cat executives and stakeholders are disinclined to spend $$$ to prevent something that may never occur. They’re certainly not going to take a pay cut to invest in state of the art systems.

The smaller power companies simply can’t afford new equipment. They don’t have the means to conduct regular monitoring. Or, take precautions to prevent an attack. Federal and state tax regulations certainly don’t help either. As with anything, the more moving parts, the more likely complications become. Lights Out refers to a cyber attack as a natural disaster. Earthquakes and tsunamis for instance wipe out swaths of people and resources very quickly.

A national power outage or EMP would be a modern day Pearl Harbor.

Future Crimes makes it very clear—if it’s connected, it’s vulnerable. Technological tools and gadgets many of us use are deceptive in nature. Marc Goodman, the author, touches on a variety of topics including but not limited to:

Goodman talks about the foggy cloud. Where is this cloud exactly? Where does it live? Is the cloud in San Francisco, CA? Is it in Manhattan, NY? Is the cloud in China? Amsterdam, Canada, or Russia? Where does our data go when it’s uploaded to the cloud? How is the data brokerage firm protected? And what are the local government laws over that company that houses our data? This is a massive rabbit hole.

Most websites we visit dictate how our data is used. Unfortunately, there’s no telling how because we grant merchants permission even in ways yet to be discovered. Terms of service are meant to be confusing and long. Longer than Shakespeare’s Hamlet, at 30,000 words.

LinkedIn for instance has the ability to sell your employment history to anyone. Ever seen sites like peoplesmart.com, public records.com, mylife.com, etc. Much of their data comes from LinkedIn. Then there’s companies we don’t know about.

The flashlight and calculator apps requesting access just want your data. Other apps doing this can lead to key loggers, data theft, and financial sabotage.

Big business stores our login credentials, socials, credit/debit cards, health records, and financials. They publicly broadcast our income, home address, and employment history. Via terms of service, they’re never at fault. In turn, opening the floodgates to hacks and spam.

Mobile malware can track your location for nefarious purposes. Much of the software we trust and utilize have evil clones. For instance, if we search for anti-virus software, we may actually download something posing to be virtuous, when it’s really the opposite.

Rely on Yelp for reviews? Guess again. Ratings are manipulated based on site advertising. Ratings are all about $$$ despite factual testimonies. Same with eBay, Trip Advisor, and even Amazon! Companies exist for no other reason than to write false reviews. Future Crimes is immutable among cyber security books.

“The average time to discovery from the moment an intruder first breaks into a system until the hack is uncovered is measured not in minutes but in hundreds of days. We are being penetrated, digitally probed, spied upon, robbed, and virtually manipulated day in and out. And most of us remain blissfully unaware of the threat. Welcome to the new normal. A world in which for every screen in your life, governments, criminals, terrorists, and hacktivists have a plan to attack.”

The Secret to Cybersecurity by Scott E. Augenbaum

In a few words—resourceful among cyber security books. This book will educate readers about a lot of grey areas most people don’t seem to understand. Topics cover the following, and more.

The books disposition creats an awareness of our fragile digital world. If you’re not taking precautionary measures, you’ll quickly be persuaded otherwise.

The Value of Deception

One cyber security company forecast cyber crime would reach $6 trillion/year by 2021. Qualifying as the greatest transfer of wealth in human history. According to one think tank, it’s more lucrative than the sales of all illegal drugs combined. Despite new efforts to counteract threats, no amount of money has proven to make even a dent.

The holiday season is a popular time for cyber criminals. Consumers are anxious to ensure gifts arrive. Inspecting a link from Amazon is the last thing on people’s minds. Therefore, criminals take absolute advantage of this. It’s the season of phishing and ransomware.

The FBI says the real estate market is heavily under fire. Title companies, buyers, sellers, and law firms are all at a heightened risk. Fraud reports have skyrocketed and money lost increased 2200%. In 2018 alone, more than 56 million in damage was done in real estate fraud.

Healthcare providers are also big targets as they possess millions of private records. One such hospital in Los Angeles paid 17k in ransom. A larger hospital in Canada had 9,000 machines compromised. Entire cities have also been subject to ransomware attacks.

Firstly, Ghost in the Wires is not a book about digital self preservation. Secondly, it won’t provide stats on breaches, data, or security. It paints a clear picture of how far criminals will go, to have fun. Certainly be weary of tech savvy people with time to burn.

There were no laws for monkeying around with companies’ data, public records, or phone systems. In Southern California, Kevin Mitnick learns to make free long distance phone calls from a ham radio. He manages to tap into McDonald’s intercom system. He created a program to capture login credentials at a college he didn’t attend. He tells of cleverly extracting information from the DMV and being able to access virtually anyone’s records.

Futzing around with local and nationwide phone companies, he winds up admitting to wiretapping, the wiretapping NSA. Hacking into oblivion he attacks the Jet Propulsion Lab, for fun.

Initially, you’re led to believe he was ahead of his time. A trailblazer in cyber or financial warfare; however, he never destroyed a celebrities career by posting their nude selfies online. He never maliciously attacked a database or blackmailed a corporation for cash.

At just 17 years old, the FBI paid him a visit. His bold fascination with computer operating systems got him arrested at UCLA and expelled from a community college. The LAPD followed him on college rooftops. The Los Angeles Times included his name in a lengthy article on the front page.

From 17 to 23 years of age Mitnick’s legal rap sheet grew extensively. His attorney concludes Kevin’s a compulsive hacker—an addict no different than gambling or drug abuse. He bears the blame of technical character assassination. Despite lack of evidence, allegations are thrown at him. Prosecutors and the tabloids have an absolute field day with his convictions.

He’s a fugitive for a quick minute living on a farm. Labeled as a threat to national security, he’s thrown in solitary confinement. Nevertheless, his fascinating story intensifies with borderline audacious and appalling conduct.

By impersonating a wide array of people, he demonstrates how easy it is by simply asking the right questions. He acquires fake birth certificates for legitimate alternate identities. He hacks Sun Systems and Novell Inc. That is to say, acquiring the source code of the latest Motorola cell phone and proceeds to hack Nokia. He manages to build an untraceable cell phone. Accomplished by pinging the wrong serial number to cell towers. In turn, charging other people for his calls. Being two steps ahead of multiple government agencies, he spies on a variety of victims.

In conclusion, Mitnick’s story does something other cyber security books don’t. He provides endless examples of reverse engineering.

Unique among cyber security books. The author talks about a variety of distinctive topics. Such as:

He makes great points about public administration and government departments. These computer networks and facilities are often highly vulnerable due to poor maintenance and low funding. The food industry is particularly susceptible because of all the debit and credit card records they possess. This information is then sold on the Dark Web for big profit.

The author talks about the health sector and how it too is a prime target for hackers. They hold millions of records containing names, social security numbers, home addresses, email IDs, and even records of income. Cyber criminals may then target those with large bank accounts. Or use health sector records to obtain prescription medication.

I enjoyed descriptions of cyber espionage motivations. That is to say, a sovereign state is unlikely to attack the grid. Rogue actors or political activist groups are far more likely. I also enjoyed reading about governments and corporations collecting information. Then recklessly exchanging that info with criminal enterprises. Without a doubt, isolated info among cyber security books.

Big tech market products to us. Products that often put us in great danger. Be aware of the pitfalls of modern technology.